What Does It Look For the GLS to Ignite Transformation Globally? (Part 2)

TOPICS IN THIS STORY

As a staff, we continue to be amazed and deeply humbled by what God is doing throughout the world through the Global Leadership Network (GLN). What we’ve learned as we’ve listened to people’s stories and experiences, whether they are a CEO, a pastor, parent, student, or whether they live in rural Honduras or manage a staff of thousands—the GLN is more than an organization producing leadership events and content.

The stories we hear every day show that The Global Leadership Summit can often be a game-changer in people’s lives—a catalyst propelling people forward toward a better future—not just for them, but everyone in their sphere of influence as well.

So, we’d like to take you on a journey through some of our favorite stories from around the world. In part two of this two-part blog series, discover the impact in parts of Eastern Europe and Latin America. (To read part one, click here.)

Eastern Europe—Igniting Passion For The Future

In Eastern Europe, in an era of post-communism and extreme apathy, the concept of servant leadership is changing the paradigm and re-introducing people to a living God. We’re watching churches revive, and Christians use their influence to bring transformation to their communities. 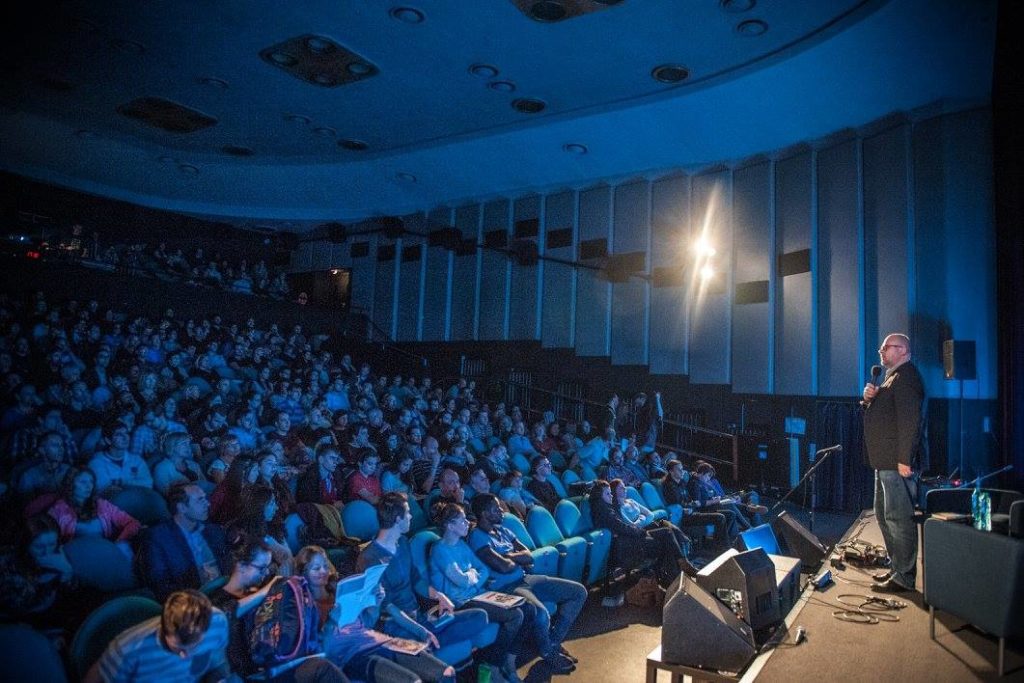 For example, Lukas in the Czech Republic became a Christian at the age of 13, a week before the fall of communism. At 14, he started preaching the Gospel. At 16, he started seminary. He felt called by God to help leaders… but the leadership he grew up with was one of corruption. He had a dream of teaching a godly, servant leadership concept to people as a tool of transformation. So, when he was introduced to the Summit for the first time in Germany, he knew he wanted to bring it to the Czech Republic. That was 11 years ago. Today, the Summit in the Czech Republic is called the conference for those who care about the future.

In a place like Macedonia, where political instability is a constant reality, the Summit is a source of hope, equipping leaders in this critical time of history. Nikola, a pastor in a country where less than 2% of people are Christian, is striving to raise up the next generation of leaders—he has a dream to raise up the evangelical body, and the Summit plays a critical role in this mission to transform the country through the Gospel. 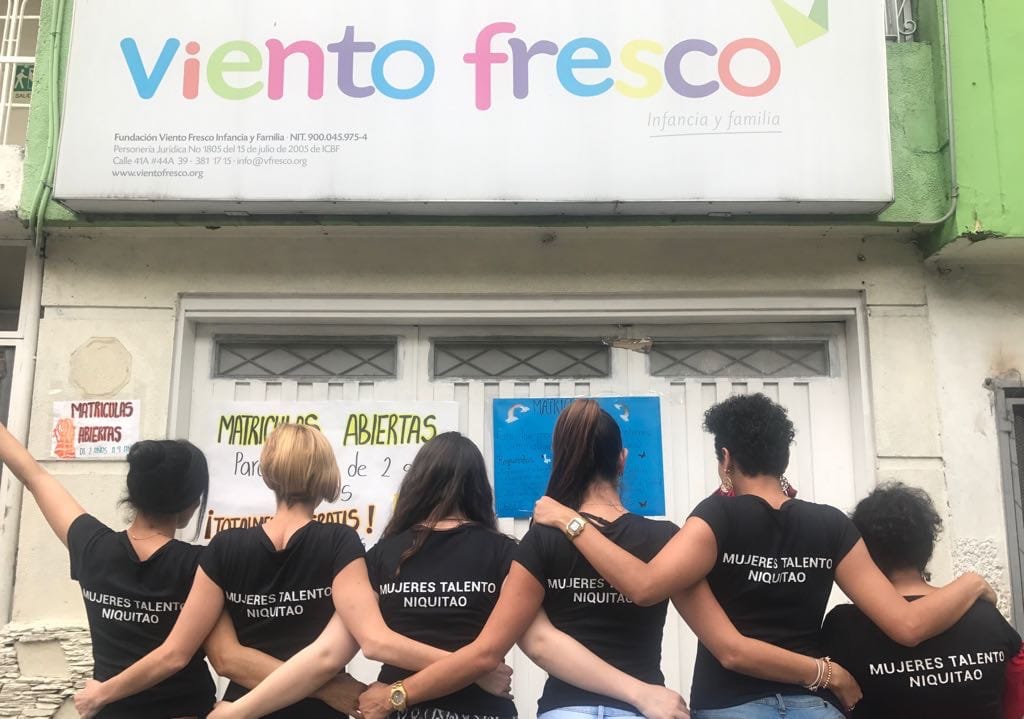 The Summit in Colombia is challenging Christians to leave the church building and lead transformation in their community. It is equipping them with tools to bring about the transformation they long for after years of having a reputation as the land of drug lords.

One of the attendees, a fashion designer named Luz Mosquera, was challenged to go into a notorious neighborhood in her city to connect with women trapped in domestic abuse and sexual exploitation. She opened an NGO in January 2018 to train and care for these women and their children, preparing them for work in the fashion industry. Now they are getting fulfilling jobs and taking care of themselves and their children. The program has been so successful, government authorities have taken noticed, asking how she did it. And her answer is, the love of God.

In a place like Guatemala, being notoriously corrupt, people are starting to stand up and lead. 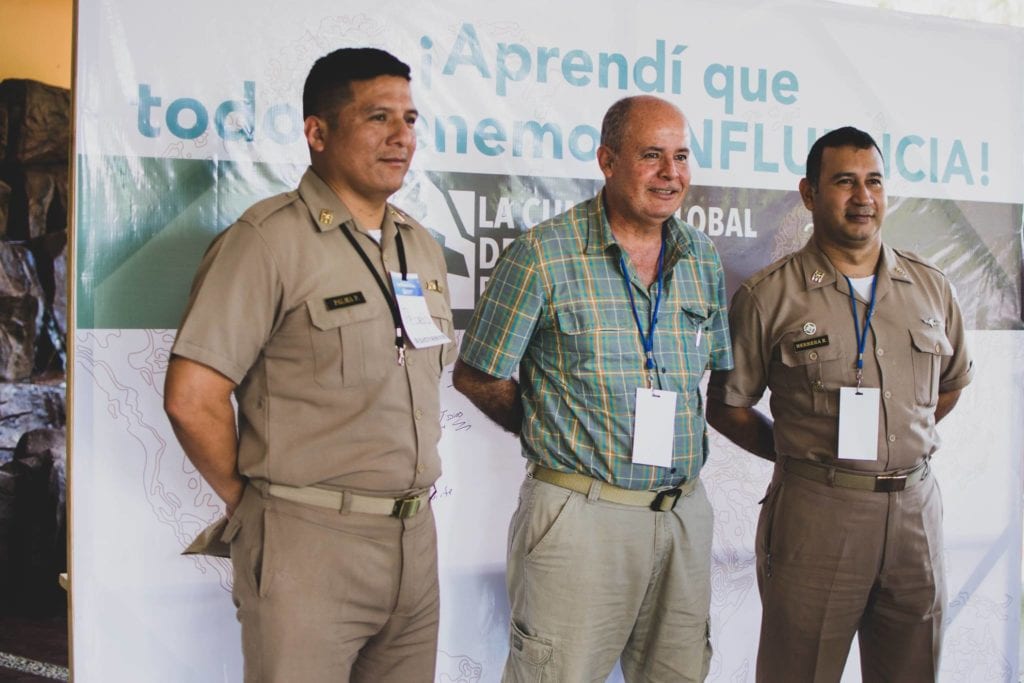 Luis Pinto decided, after hearing Gary Haugen speak at the Summit, that this is not the time to be afraid. This is the time to DO something God is calling us to do.

Luis has been taking initiative to make sure that people from every sector of society in Guatemala are invited to the Summit—including national government leaders and the military. Due to the positive response and experience, the Summit is being explored as a leadership development program for the full congress of Guatemala.

Imagine what could happen when the highest levels of influence in Guatemala begin to be equipped, encouraged and inspired by the truth of the Bible and the messages received at the Summit?

Honduras—Being A Light In The Darkness

A young man named Jose Luis, living in rural Honduras, became disabled at age 17 by the chemicals used on the banana plantation where he worked. He suddenly found himself jobless and unsure about what was next. In 2016, Jose was sponsored to attend the Summit for the first time.

He developed a vision to buy his own land to start a farm to raise cattle and grow food for his community—the 20 families living in his village. With his connection to a non-profit organization, together they were able to raise money to build the farm. Today, this farm not only serves as the economic livelihood for the 20 families in this small village, but they are supporting families outside their village as well, building a school in a neighboring village. Before the school was built, only 10 percent of the children were going to school, now 90% are going. In a community like this, where people like Jose are being empowered with leadership skills through the Summit, entire communities are thriving.

Jose’s community is a light in a country that many people talk badly about. If you can provide more leadership opportunities for the beautiful people of Honduras, the story begins to change.

In Venezuela, where millions of people have fled due to violent civil unrest and economic turmoil, a pastor named Alvaro stayed behind to be a faithful presence in his community. 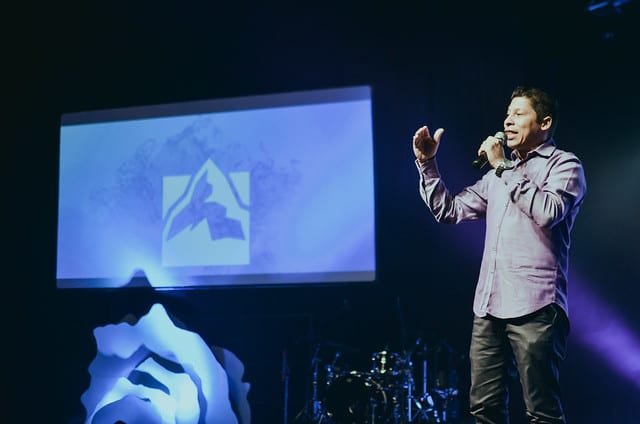 One night in 2017, not long after he attended the Summit, a riot broke out leaving a group of people stranded and afraid in a building surrounded by military. Tear gas bombs broke the windows, flooding the building.

Alvaro received phone calls crying out for help for those injured and terrified for their lives. Remembering what he heard at the Summit about courage, he decided to enter the riot to intervene and bring peace. When he arrived, the military surrounded the building. Alvaro came face-to-face with the commander of the operation, who decided to trust him, a pastor. Alvaro engaged in a difficult negotiation with the commander as the people in the building waited, unsure on whether or not they could trust the outcome of what might happen next. Not only did everyone leave the building safe that night, but Alvaro continues to engage in peace negotiations today.

Alvaro’s vision for Venezuela is that integrity would rise up as people engage in the fight against corruption and violence. Today, the Summit takes place in 10 cities across Venezuela, reaching over 5,000 people within the country with many more Venezuelans participating outside the country.

The Global Leadership Summit is equipping and encouraging leadership to ignite transformation.

It just takes one piece of timely advice or encouragement, a prompt toward action, or a challenge to persevere—like the drop of a small pebble in still water, rippling out, creating a tidal wave of transformation. It’s motivating people to stand up, to act, lead and step into the unknown—to be a light in the darkness.

God is calling out the leadership influence in each of us—for good, for action—a leadership for transformation where it’s needed most all over the world.