The 2019 Summit features the most diverse faculty* of high-level leaders available at any leadership event in the world.

Watch the video to see The Global Leadership Summit 2019 Faculty: 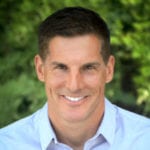 Craig Groeschel is senior pastor of Life.Church, an innovative church meeting in multiple U.S. locations and globally online. Known for its missional approach utilizing the latest technology, Life.Church is the creator of the YouVersion Bible App—downloaded in every country. Named in the top 25 CEOs in the U.S. (small and midsize companies), Groeschel is a New York Times best-selling author, speaks frequently across North America and around the world and hosts the Craig Groeschel Leadership Podcast—with more than 1 million monthly downloads. 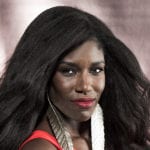 Bozoma Saint John is Chief Marketing Officer for Endeavor, a global leader in entertainment, sports and fashion operating in more than 30 countries. Over the course of her career, Saint John has earned a formidable reputation as a trailblazing executive. She most recently served as Chief Brand Officer for Uber and also as Head of Global Consumer Marketing for Apple Music and iTunes. For her innovative work, Saint John has been recognized on Fast Company’s 100 Most Creative People list. 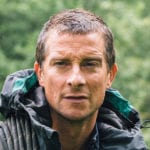 Bear Grylls is the embodiment of adventure. A former member of the British Special Forces, Grylls has climbed Everest, crossed the Arctic Ocean in an inflatable boat and has publicly supported the Alpha Course to help inspire people in their journey of faith. His Emmy-nominated TV show Man Vs Wild became one of the most watched programs on the planet with an estimated audience of 1.2 billion. He also hosts NBC’s hit show Running Wild with Bear Grylls as well as groundbreaking series on National Geographic, Netflix and Amazon. He is a number 1 best-selling author and has sold over 15 million books. These include his autobiography Mud, Sweat and Tears, and this year a powerful new book on faith called: Soul Fuel. Bear will be joining us by video from the mountains in Switzerland, and is speaking on courage, kindness and never giving up. 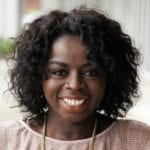 Born to Nigerian parents and raised in London, England, Jo Saxton brings a multicultural and international perspective to leadership. She has served on staff teams in churches in the UK and the U.S. and is the founder of the Ezer Collective, an initiative that equips and invests in women leaders. Saxton co-hosts the podcast Lead Stories: Tales of Leadership and Life with Steph O’Brien and has authored three books, including The Dream of You. 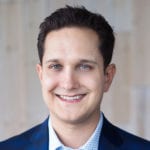 Jason Dorsey is President of The Center for Generational Kinetics, which delivers research, speaking and consulting to separate generational myth from truth for leaders around the world. His team has repositioned global brands to win each generation and taken clients from last to first in both employee retention and customer growth. Considered the #1 generations speaker and researcher and called a “research guru” by Adweek, Dorsey uses original data-driven research to explain generational behaviors. 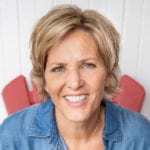 Danielle Strickland has led churches, started training schools and established justice departments around the world. She spent 22 years as an officer in The Salvation Army and is an Ambassador for Stop The Traffik. With a deep calling to empower people and to transform neighborhoods and the world, she co-founded Infinitum (a way of life), Brave Global, Amplify Peace and the Women Speakers Collective. Strickland is the author of several books, including The Ultimate Exodus. 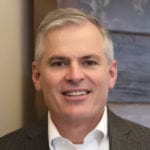 Patrick Lencioni is the author of eleven best-selling books with more than five million copies sold, including The Five Dysfunctions of a Team. Dedicated to providing organizations with ideas, products and services that improve teamwork, clarity and employee engagement, his leadership models serve a diverse base from Fortune 500 companies to professional sports organizations to churches. A Summit favorite, Lencioni will unpack his new work on motivation and how it shapes our leadership. 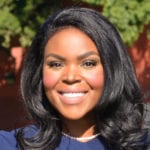 At the age of 31, Aja Brown made history as the youngest elected mayor of Compton, California. A national trailblazer, her revitalization strategy centers on family values, quality of life, economic development and infrastructural growth. Overwhelmingly re-elected to a second term in 2017, Mayor Brown’s community initiatives and policy changes have significantly reduced gang-related homicides and the unemployment rate. Mayor Brown is the recipient of multiple honors, including the esteemed 2016 John F. Kennedy New Frontier Award. 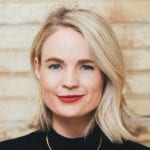 Liz Bohannon is the founder of Sseko Designs, a socially-conscious fashion brand that works to create leadership and educational opportunities for women across the globe. She believes that business is a powerful platform for social change and that girls are our future. She was named by Bloomberg Businessweek as a top social entrepreneur and by Forbes as a top 20 speaker. In her book, Beginner’s Pluck, releasing at the Summit, Bohannon uses her journey to explore 14 principles for not finding, but building a life of purpose, passion and impact. 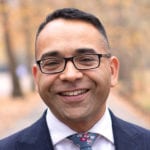 An advocate for fostering and adoption, Dr. Kandiah is the founding director of Home for Good, a charity seeking to find permanent loving homes for children in the UK foster care system. He is the author of 13 books including his latest, Faitheism: Why Christians and Atheists have more in common than you think. He is a regular broadcaster on the BBC and a contributor to the Guardian and Times of London. An international speaker and consultant, he offers both creativity and academic reflection to bring strategic change, culture shift and innovation. Dr. Kandiah and his wife have 7 children through birth, adoption and fostering. 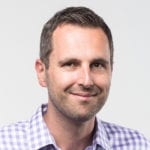 Todd Henry teaches leaders and organizations how to establish practices that lead to everyday brilliance. As host of The Accidental Creative Podcast—with millions of downloads— Henry delivers weekly tips and ideas for staying prolific, brilliant and healthy. He is the author of four books, including Die Empty which was named by Amazon as one of the best books of 2013. Henry’s latest book, Herding Tigers, Be the Leader that Creative People Need, is a practical handbook for anyone charged with leading people and teams to creative brilliance. 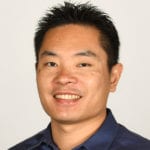 Years after Jia Jiang began his career in the corporate world, he became an entrepreneur and discovered everyone’s biggest fear: rejection. To conquer his fear, Jiang embarked on a journey and discovered a world where people are much kinder than we imagine. The best-selling author of Rejection Proof and owner of Rejection Therapy and CEO of Wuju Learning, Jiang teaches people and trains organizations to become fearless through rejection training. 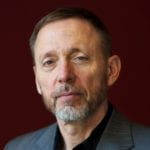 Chris Voss founded The Black Swan Group, a firm that provides training and advises Fortune 500 companies through complex negotiations. A 24-year veteran of the FBI, he was the lead international kidnapping negotiator and was trained not only by the FBI, but by Scotland Yard and Harvard Law School. In his book, Never Split the Difference: Negotiating As If Your Life Depended On It, Voss breaks down these strategies so that anyone can use them in the workplace, in business or at home. 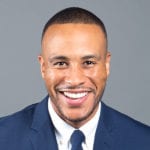 DeVon Franklin is an award-winning producer, best-selling author and spiritual success coach. Beliefnet named him one of the Most Influential Christians Under 40. He is CEO of Franklin Entertainment with 20th Century Fox and has produced the hit films Miracles from Heaven, Heaven is for Real and The Star. A New York Times best-selling author, his latest book is The Truth About Men: What Men and Women Need to Know. Franklin is dedicated to using his leadership and the media as a powerful tool to encourage millions of lives around the world.

Join 405,000+ of your peers for two days of fresh, actionable and inspiring leadership training from a world-class faculty at a location near you. Super Early Bird Pricing for a limited time only.